The story behind Atkinsons’ Oud Save the Queen

Imagine, please, London, the Roaring Twenties, the glittering facade of Atkinsons, and, at its legendary flagship store, the dashing Crown Prince Mohammed Ali Ibrahim, renowned boxer, sports-car driver and extravagant dandy. At his side is his girlfriend, Hollywood movie star Mabel Normand, whom, alas, the Prince’s uncle, King Fuad I of Egypt, has forbidden him to marry.
The dashing emir is carrying, hidden inside a delicately engraved wooden box in his vest pocket, the key ingredient for the perfumes he wishes the illustrious house to compose for himself and his paramour: it is oud, the precious resin of agarwood, and the crown jewel of royal Oriental perfumery. He presents the box to James Atkinson, official performer to the English Royal Court, a man bold enough to approach his eminent personage. The house perfumers gather around as the gilded lid is slowly lifted, revealing the fragrant resin nestled inside. “Oud,” they whisper, enraptured. “The liquid gold of the Orient.”

The Crown Prince was determined to have a pair of fragrances blended for he and his paramour. He insisted on incorporating distinctively English accords of Central London (to remind the Prince what a terrifically rip-roaring time he had there), earl grey tea (his beloved’s favourite) and, for the Prince’s own scent, leather, (to conjure the smell of boxing gloves and his glories in the ring). The result was to be Atkinsons Oud Save The Queen and Oud Save The King, the two global bestselling scents to this day.

Ibrahim was enamoured with the Hollywood star. Mabel Normand was an American silent-film actress, screenwriter, director and producer who was so popular in the early 1920s that she owned her own movie studio and production company. She appeared alongside Charlie Chaplin in twelve films and Rosco “Fatty” Arbuckle in 17 movies. A artist’s model early in her career, Normand had a striking beauty the translated to screen in her memorable performances. There is a star in her honour to this day on the Hollywood Walk of Fame. Her 1914 film “Mabel’s Blunder” was added to the National Film Registry in December 2009. It is said she was the inspiration behind the character of Norma Desmond in Sunset Boulevard. And her name was mentioned in the second season of Downton Abbey.

The ensuing cosmopolitan bouquets are a richly fragrant entente between the Orient and bonny old England. Oud Save The Queen opens with an Earl Grey tea note and fresh bergamot citrus that blends beautifully with white petals of jasmine and orange blossom. Clove, warm oud and guaiac wood round out the composition. It’s a scent that reflects a forbidden love.

Oud Save the King, a layered Oriental fragrance for him, again starts with an Earl Grey tea note and bergamot. Smooth suede and a powdery orris is joined by rich agarwood (oud) and sandalwood. It’s a dandy composition of the Middle East and British posh, a remarkable fragrance.

Mabel Normand sadly passed away at the age of 37 from tuberculosis. But her legendary love affair with a Crown Prince has been captured forever in a pair of exquisite fragrances thanks to James Atkinson.

Atkinsons is available exclusively in Canada at Holt Renfrew. 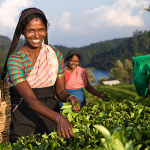 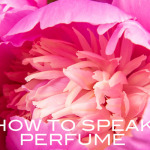 How To Speak Perfume 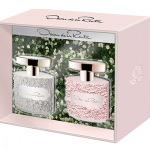