A Brief History of Montblanc

A Brief History of Montblanc

Switzerland has always been renowned for its craftsmanship. From priceless timepieces to luxury pens to premium ski resorts, quality and attention-to-detail are hallmarks of the country’s products. In the world of high fashion, Switzerland is known for its understated luxury. You won’t find flashy logos, in-your-face advertising or bragging billboards. Swiss brands are quietly crafted for those who know and appreciate the very best. It’s almost like an insider club that is spread by word-of-mouth in elite circles.

Montblanc is one such brand. The company was founded in 1906 when a designer from Berlin named August Eberstein teamed up with Hamburg banker, Alfred Nehemais to develop a range of simple-to-use fountain pens. What was revolutionary was the built-in inkwell that made using the beautifully crafted pens. Reaction was so enthusiastic, the firm was quickly purchased by a trio of men: Wilhelm Dziambor, Christian Lausen and Claus Johannes Voss who quickly made Montblanc a worldwide name.

The mantra of the company from day one was “manufacturers of high-class gold and fountain pens” and was originally named “Simplo Filler Pen Co” referring to its simplistic pen design. Legend has it that the name “Montblanc” emerged during a high-stakes card game in 1909. A year later, the name Montblanc was trademarked, a nod to Europe’s highest mountain. The name symbolized the brand’s high quality and excellent craftsmanship. This was emphasized by the company’s emblem of a rounded white star meant to represent a snow-capped peak. It appeared on packaging for the first time in 1913.

It was a pair of pen designs that made Montblanc a global name: the Meisterstuck, launched in 1924 and the 1949 Montblanc fountain pen. It was maverick advertising concepts that caught the public’s attention. Cars were fitted with oversized fountain pens and planes were commissioned for advertising opportunities. Small leather accessories soon joined the lineup of quality pens. It was also at this time that the nib of each pen was embossed with the number “4810”, which stands for 4810 meters, the height of the Montblanc mountain.

Lifetime guarantees for luxury goods is a common practice today, but in 1935, it was a revolutionary idea. Montblanc made the bold commitment to guarantee all its products for a lifetime. If anything happened to a product, you could return it a store and have it repaired without question.

In the 1950s, the brand continued to innovate with new designs and ranges utilizing the latest technology. The focus remained on luxurious writing pieces. This was enhanced during the 1980s with the introduction of the brand slogan, ‘Montblanc, The Art of Writing’. You could now choose from fountain, rollerball and ballpoint versions. In 2014, actor Hugh Jackman was named Montblanc’s Global Brand Ambassador. Dozens of historic documents, political agreements and business deals have been inked with a Montblanc pen.

Montblanc’s major foray into fine fragrance began in 2011 with the fresh, clean and sensual Legend eau de toilette, a masculine fougere meant to evoke the natural grandeur of the Montblanc mountain. Opening with Italian bergamot and French lavender, the scent blends notes of pineapple leaf, lemony verbena, oakmoss, apple, rose, geranium, sandalwood and tonka. It’s a modern-day masterpiece and a bestseller around the world.

Legend Spirit, in a white version of the flacon, introduces an aromatic-woody fragrance that introduces a textural freshness with a more casual character. The scent mixes notes of pink pepper, bergamot, grapefruit, an aquatic accord, lavender, spicy cardamom, musks, cashmere wood and oak moss. Imagine the experience standing at the peak of a Swiss mountain ski resort looking down at the manicured runs and you get the idea behind the eau de toilette.

In 2019, Montblanc Explorer arrived as an homage to travel and exploration. Montblanc’s archives revealed that many global travellers over the past century had documented their adventures using the brand’s pens. So as an homage to this fact, the Swiss company composed a fragrance to celebrate this fact. Perfumers Olivier Pescheux, Jordi Fernandez and Antoine Maisondieu combines notes of crisp Italian bergamot, juicy pink pepper, clary sage, vetiver and patchouli.

The latest fragrant creation from Montblanc is an eau de parfum version of the original Legend edt. This fresh woody-aromatic fragrance for him was blended by Master Perfumer Olivier Pescheux who combines notes of bergamot, jasmine and moss from the original composition with violet leaf and magnolia. The effect is fresh, masculine and confident. This scent boasts great longevity.

What is unique about Montblanc is its ability to create modern, masculine fragrances that are fresh and invigorating. Each perfectly balances brisk bergamot with smooth woods and a hint of spice. They appeal to a wide range of men at all ages and backgrounds. 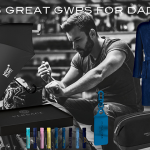 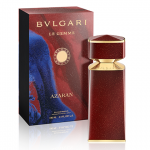 Bvlgari’s Exquisite Azaran for him 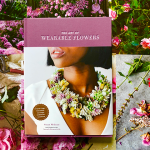