a) be their original creation, and be a photograph taken solely by entrant. Reproducing, modifying, enhancing or altering a third party’s pre-existing work does not qualify as original creation;
b) not violate the rights of any third party, including, but not limited to copyright. For example, photo entry must not defame, infringe or violate publicity or privacy rights of any person, living or deceased, or otherwise infringe upon any person’s, entity’s or organization’s personal or proprietary rights, including but not limited to, intellectual property rights;
c) not have been previously used commercially, submitted to another competition or contest, or won any other award;
d) be in “good taste” and in keeping Dave Lackie’s brand image and must not be explicit or offensive, as determined by Dave Lackie, in its sole and absolute discretion;
e) not contain any commercial content that promotes any product or service;
f) not be false, inaccurate or misleading;
g) not violate any law or regulation;
h) not be libelous, threatening or harassing;
i) not instigate others to commit illegal activities or violate human rights; and
j) not contain any viruses, worms, or other interfering computer programming.

2.An entrant(s)’right to submit a photo entry must not be restricted in any way. Each entrant must be able to provide legal releases for use of their photo entry by Dave Lackie in any format, and materials related to the Contest, including in relation to any third party’s name, likenesses or work (“Third Party Elements”) included in your photo entry.Each selected entrant acknowledges that their photo entries may appear in other electronic and print materials related to the Contest, including promotional materials. By posting a photo, entrant irrevocably, perpetually, and without limitation, grants Dave Lackie the right to use, publish, adapt, sub-license, edit, dispose of, and/or modify such photo entry and the concepts and Third Party Elements embodied therein in any way, in commerce, and in any and all media worldwide in electronic and print materials related to the Contest, and waive all rights, including moral rights, in the photo entry, without notice or compensation, and agree that they may be required to sign a release to that effect.

CONTEST LIMITS: Only one entry per person, and you may only use one Twitter account to participate. Each complete and eligible response automatically qualifies as an entry to the contest. Dave Lackie does not accept entries for its Twitter contests by phone, fax, courier, mail or email.

ELIGIBILITY: To participate, you must be a Twitter user aged 16 and above who is a legal resident of Canada excluding Quebec.Entrants who are under the age of majority in their province or territory of residence at the starting date and time of a particular contest are eligible to enter the contests and win the awarded prizes provided that the parent or legal guardian of entrant has provided consent and accepts any such prize and the terms and conditions hereof on behalf of such entrant. Employees of Dave Lackie or any of its affiliates and members of their immediate families, and those with whom they reside, are not eligible to participate. Dave Lackie does not accept entries for this contest by phone, fax, courier, mail or email. “Immediate family” means mother, father, sister, brother, son, daughter, married or common law spouses, regardless of where they reside. Groups, clubs, organizations, businesses and commercial and non-commercial entities are not eligible. Anyone in Dave Lackie ‘s sole discretion that is found to (a) be using multiple Twitter accounts to participate or (b) is participating in an attempt to hijack a contest (for example participating in collaboration with other users) will be ineligible, and his/her entries will be judged void.

DISPUTE: In the event of a dispute, the name and mailing address first sent by Direct Message from the holder of the Twitter account will be deemed to be the entrant.

PRIZES: For Dave Lackie sponsored contests on Twitter, the number of prizes to be awarded will range from 1 to 25 with each prize having an approximate retail value ranging between $5 and $300 (Canadian dollars). Prize selection for each contest is at the sole discretion of Dave Lackie but will consist of prizes like makeup.Prizes will be set out prior to the start of each contest in the applicable Dave Lackie Twitter feed. Prizes will be shipped via standard post at no cost to confirmed winner(s) at the mailing address provided by winner(s). Prize(s) must be accepted as awarded, is not transferable and cannot be exchanged for cash. No telephone contact or correspondence will be entered into except with the selected entrant(s) (or the selected entrants parent or legal guardian in the case of minors) and confirmed winner(s). Dave Lackie reserves the right to substitute a prize that is, in their sole discretion, a prize of equivalent or greater value.

WINNER CONFIRMATION: Any selected entrant(s) will be announced via the applicable Dave Lackie Twitter feed by “tweeting” the selected entrant(s)’ @username(s) (“Twitter handle(s)”). Selected entrant(s) will be required to contact Dave Lackie via email to confirm eligibility and provide contact information (full name, email address, and mailing address). Each winner has until midnight EST on the same day the selected entrant(s) is announced to email the supplied email address and to satisfy all contest requirements, which may include correctly answering, unassisted a mathematical skill-testing question. If an email is not received within the prescribed time, the prize may be forfeited and awarded to an alternate entrant. Selected entrant(s), or their parent or legal guardian in the case of minors, may be required to execute and return by mail and/or email an Affidavit of Eligibility, General Liability Release and Consent to Publicity form within 7 days of notification or the prize may be forfeited and awarded to an alternate entrant.

ACCEPTANCE OF PRIZE: By accepting a prize, winner(s) consents to the use of his or her name, Twitter handle, photo entry, profile picture, comments and/or likeness for purposes of advertising or promotion without further compensation.

LIMITATIONS OF LIABILITY: Dave Lackie is not responsible for late, lost, incomplete, irregular, or misdirected “tweets”, email or for any computer, online, telephone or technical malfunctions or human errors that may occur. If for any reason, the contest is not capable of running as planned, or more prizes are awarded than planned, including due to a computer virus, bugs, tampering, unauthorized intervention or technical failures of any sort, Dave Lackie may cancel, terminate, modify or suspend the applicable contest. Entrants further agree to release Dave Lackie from any liability resulting from, or related to participation in the contests or the awarding or use of any prize. Dave Lackie reserves the right to terminate or withdraw this contest at any time.

GENERAL: Decisions of Dave Lackie shall be final and binding in all matters relating to contests and the awarding of a prize. These Contest Rules shall prevail, govern and control over contests offered by Dave Lackie on Twitter. 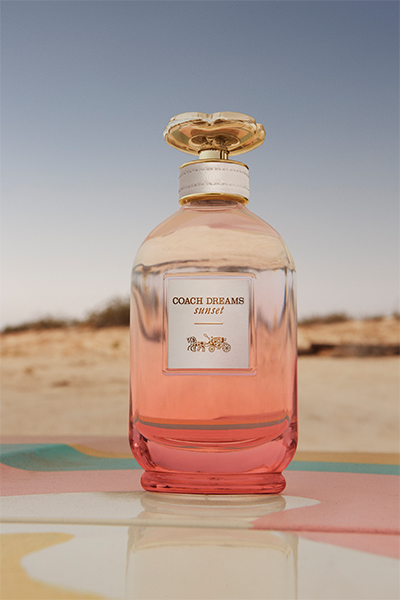