Is Sweden’s buzz-worthy fragrance brand 19-69 the next great niche perfumer?

Johan Bergelin may not be a household name, but the Swedish fashion designer/photography may just be the next great niche perfumer. His signature luxe fragrance collection, named 19-69, the year of his birth, sold out in minutes at Paris’ exclusive Collette department store when it debuted in 2017. Almost immediately, retailers around the world including Sephora raced to order his remarkable eau de parfum creations that can only be called works of art.

“It took me a full twenty-four month creative process with artisans in Scandanavia, France and Italy to develop five fine perfumes,” he explains on a Zoom call from Italy where he is researching the highest quality ingredients. “I grew up strongly influenced by the fashion trends that ruled the 80s. It was a new era and included men when it came to experimenting with looks and images. Gender boundaries were pushed and even male rock stars wore makeup. I was mesmerized by the possibility of affecting and changing a person’s appearance. Then as now, it was clear to me that beauty is a form of art.” From day one, it was clear to Bergelin that each of his fragrances would be genderless.

To say that Johan is inspired by the year 1969 would be a vast understatement. He will talk enthusiastically of the era of freedom, tolerance and counterculture. His rapid-fire conversation is peppered with references to John Lennon, Yoko Ono, The Rolling Stones, David Bowie and cannibas. Johan really, really likes cannibas – an ingredient that he has incorporated into several of his fragrances.

“Each scent is inspired by a different era, culture or setting from Africa, Europe, the United States or Asia. Art, music, trends and cultures have all left their marks on the fragrances both in terms of content, name and packaging.” Each glass bottle is varnished and screen-printed in Italy. All raw ingredients are handpicked to ensure the finest quality taking you on a scent journey. One of Bergelin’s closest friends is Ben Gorham, founder of the wildly successful fragrance brand Byredo so it is likely he has learned from one of the best in the industry. And one of 19-69’s investors was one of the early investors in Ikea. Clearly, this is a brand that is on the rise.

If you are new to 19-69 as most of us are, it is best to start with Purple Haze. Embracing the hippie movement and counterculture, this fragrance was inspired in particular by John and Yoko’s bed-ins in Amsterdam and Montreal.

“Purple Haze is about the legendary Keenak who I met in Bahama Village, Key West. Guitar on his back, snake skin boots, skinny jeans and long hair. A sense of Woodstock. It is a tribute to creativity, freedom and indulgence,” says the artist.

This deep powerful and carefully layer fragrance begins with top notes of Italian bergamot, Corsican Cypress, Cannabis accord, Ravensara and ciste. These ingredients are carefully balanced with palmarosa, thyme, gurjam and violet leaf, which has a fresh green aroma. The drydown contains vanilla, patchouli, black pepper, white musk and dry woods. It’s rich, complex, indulgent and totally decadent. This is perfumery of the highest calibre. As the scent unfolds on your skin you get new nuances and notes that surprise and delight. It’s a very complex composition.

On the other end of the fragrance spectrum is Capri, a fresh, light and comforting fragrance that blends sweet and bitter orange, ylang ylang oil and white musk. Inspired by the 1963 film “Le Mepris”, filmed on the Isle of Capri, this scent has an expansive cinematic quality. “I have always been captivated by legendary, trendsetting films. The movie Le Mepris featuring Brigette Bardot and Jack Palance is both iconic and stylish. The film incorporates W scheme of red (tolerance, love), blue (coldness) and white (neutral) referring to the national flags of France and the USA and is evocative of the thematic elements of the narrative.”

19-69 will be available in Canada at select Hudson’s Bay stores, thebay.com and holtrenfrew.com 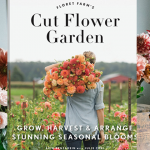 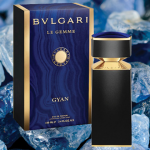 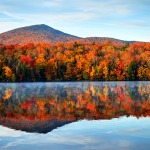