When it comes to classic French fragrances, fashion house Lanvin may have created the perfect floral-green scent for her. Originally introduced in summer 2002 as a special limited edition, reaction to the eau de parfum was so enthusiastic, the company decided to make it a permanent item in the lineup. It is described as delicate, fragile and angelic.

Eclat d’Arpège is built around a unique green lilac note that is wrapped in peach blossom, petit grain and Chinese Osmanthus. Fragrant wisteria and red peony add character while soothing green tea keeps the floral notes from becoming too assertive. The blend is perfectly balanced with warm amber musk and cedar for longevity. The fragrance is the brainchild of perfumer Karine Dubreuille.

Lanvin is a high-fashion brand founded by Jeanne Lanvin in 1889, the third oldest French fashion house still in operation. Jeanne began by sewing clothes for her children that were so beautifully crafted, wealthy mothers requested copies made for their own sons and daughters. Demand became so great that the seamstress decided to open her own boutique that became an overnight success. In 1909, Lanvin was invited to join the Syndicat de la Couture, which marked her formal status as a couturière. A keen businesswoman, Jeanne opened shops devoted to home décor, menswear, furs and lingerie. But it was the introduction of her perfume, “My Sin”, an animalic-aldehyde based on heliotrope that caused a global sensation. It was followed by her signature scent Arpège, in 1927, which is said to have been inspired by the sound of her daughter’s piano playing.

Today, the firm continues to produce a wide range of products including fashion, accessories, and fragrances. But Eclat d’Arpège remains a jewel in the Lanvin crown. 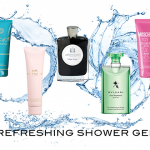 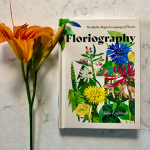 The Must Read: Floriography 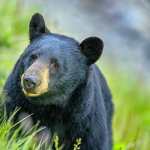