For centuries, perfumers have favoured the heady, romantic scent of the lily. The powerful spicy-floral note has a sweet and waxy aroma most commonly blended with woody notes such as sandalwood or cedar. Some varieties have a creamy, clove-like scent. Perfumers will often incorporate green notes such as herbs and foliage to accentuate the sweetness of the blooms.

Award-winning gardening writer Naomi Slade profiles 50 of the most spectacular varieties in this lavish coffee table book that will appeal to flower enthusiasts of all ages. Green-fingered from an early age, she studied biology before embarking on her career in journalism. (Her previous books include: Hydrangeas, Dahlias and an Orchard Odyssey.)

Each lily variety is profiled in detail including how to best grow them. Take the gorgeous Yelloween with its cheerful lemon-hued petals rimmed in lime green. It was the brainchild of Dutch breeder Pieter Jan Kos. She says to cut them as the first buds start to open and they will last up to 10 days in a vase.

Lilium henryi  could be mistaken for an exotic orchid thanks to its rounded petals and dramatic orange colour. The species was named after Professor Augustine Henry, an Irish plant hunter who was travelling along the Yangtze River near Yichang, in 1988, when he spotted it growing on the limestone cliffs of the Wu Gorge.

Mascara is a remarkable lily hybrid with an inky flower that is often described as a goth-horror genre. The inky-red purple blooms appear in midsummer and are particularly stunning as cut flowers.

Lilies is available at fine bookstores and online in Canada. 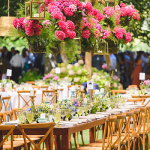 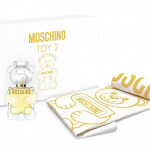 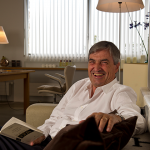 Is this the world’s greatest perfumer?
LiliesLilies bookLilies in perfumeryscent lodge
6 Comments
By Scent Lodge