When a new fragrance appears online or arrives on a department store counter, it’s almost impossible to understand the passion, skill and artistry that has gone into creating the scent. More than likely, the perfumer has spent over a year carefully crafting lab sample after lab sample until the brand or designer is happy with the final creation. These artists live with these fragrances 24 hours a day testing slight variations until the perfect balance of notes is achieved.

One of the most interesting perfumers today is Daphne Bugey, a perfumer at Firmenich. Remarkably, she’s created more than 103 different fragrances for brands such as Valentino, Trussardi, DSquared2, Dolce & Gabbana, Giorgio Armani, Le Labo and Max Mara. She’s known for her unbridled creativity and curiosity.

It was an experience solo para-gliding that created a lifetime addiction to kite surfing. While this extreme sport may at first mention seem to have nothing to do with the art of perfumery, it did unleash a fearlessness in her craft. She aimed to recreate the thrill of kite surfing in each fragrance she composed. She became a free spirit travelling the world experiencing nature, spirituality and contemporary art. Each experience was carefully locked in her brain for future inspiration in her work. In Nepal, she hiked, paraglided and practiced meditation. In Japan, she participated in tea and incense ceremonies. And in Italy, she spent time at the Biennale of Contemporary Art in Venice.

“Freedom is to be without fear,” she says. “I met the artist Fang Lijun by chance on a trip to China. Thanks to his work I became acquainted with cynical realism and it was a real shock. I was also very excited to purchase a work by a young Chinese photographer called Lui Xiaofang.” She credits trying hard to learn saxophone as a child that fueled a passion for music across a variety of genres.

“I cannot live without spirituality and yoga,” she continues. The date December 31 holds a special meaning in her heart. “My year’s sabbatical ended on the 31st of December 2009 when I signed for an apartment in the South of France, a little harbour of peace by the sea.” 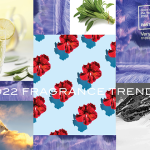 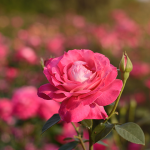 What is a soliflore fragrance? 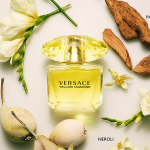