The name Jacques Cavallier may not be a household name but it is likely that you have one or more of his creations in your home. The Master perfumer is responsible for some of the biggest fragrance launches of the past several decades: Giorgio Armani’s Acqua di Gio, Bvlgari’s Eau Parfumée Au Thé Blanc (White Tea), Louis Vuitton’s seven new fragrances, Tom Ford’s Tuscan Leather and Oscar de la Renta Intrusion. His latest opus is a ground-breaking collection of customizable scents for Roman jeweler Bvlgari, a division of LVMH. Not only did he craft five eaux de parfum for women but designed five Magnifying essences: vanilla, bergamot, musk, patchouli and rose.  He’s clearly at the top of his professional game.

Cavallier was born in Grasse, the “French capital of perfume” where his family has lived since the 15th century. Remarkably his father and grandfather were also perfumers who tutored him in the art of perfumery from a very early age. Both stressed how important jasmine, orange flower, rose and agar wood in the creation of truly great perfumes. He began working in perfume factories in Grasse at the age of 10 during summer vacations.

Not surprisingly, perfume company Charabot recognized his talent and hired him once he had graduated from University of Nice. He would go on to work at a handful of fragrance companies before established a professional working friendship with Master Perfumer Alberto Morillas. He was admired for his extensive knowledge of natural ingredients. He credits Aqua di Gio and Armani’s breathtakingly beautiful L’Eau d’Issey for Women as his most successful compositions.

He has the rare ability to combine artistry with technical expertise. In 2004, he was awarded the Prix Francois Coty, now known as the Prix International du Parfum, the Oscars of the fragrance industry.

Jacques Cavallier joined the LVMH Luxury Group in 2012 and works on the company’s portfolio of brands: Bvlgari, Dior, Louis Vuitton, Kenzo, Givenchy and Guerlain. He’s more focused on the technical and creative direction of the fragrance collections.

“My first job when creating a fragrance is to make a portrait; one that is more than just an olfactory portrait, a kind of psychotherapy,” he tells Harper’s Bazaar Arabia. “First, it’s the emotion, then the raw materials and finally the concept, it can be three if very short sequence.” He says that he lives in a wonderful place near Grasse and Cannes, surrounded by lots of trees and flowers. He can smell roses in the morning, for example. Afternoons are spent working in his private atelier where he has samples of all his raw materials. He can create in complete peace.

“A perfume is really something which carries more meaning because it’s something of a deep representation of your personality,” he says to Icon magazine. “It’s really showing others what kind of person you are. It’s connected with our memory, good or bad.” He says the reason we love to wear perfume is because it connects us to our own story.

And what is Jacque’s favourite ingredient? Jasmine. In fact, his earliest memory is of culling jasmine blossoms at five in the morning, and out of pure ardor, he’s been refining a single jasmine accord for 25 years – a boundless dedication and artistry.

Jacques’ latest creation is the Bvlgari Allegra collection available exclusively in Canada at Holtrenfrew and holtrenfrew.com. 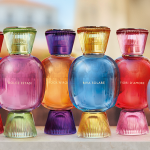 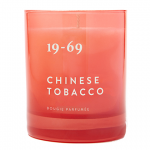 Our favourite scented candle for fall 2021 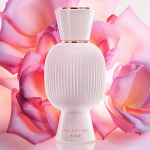 What Is A Magnifying Essence?
perfumerperfumer profile
5 Comments
By Scent Lodge