Fans of Bvlgari’s ultra-prestigious line of precious Le Gemme fragrances will be thrilled to know there is a new collector edition this season that is inspired by the blue aventurine gemstone from India. Each luxury fragrance pays homage to a different gemstone that is important to the Roman jeweller and follows the age-old gem trail that winds through Asia, India and the Middle East. The world’s finest perfumers including Alberto Morallis and Jacques Cavalier are given carte blanche to find the most precious ingredients to craft exceptional bespoke scents for women and men. These are fragrances are as special as Bvlgari’s priceless necklaces and rings beloved by Hollywood A-Listers, European Royalty and pop stars.

Bvlgari’s next stop along the olfactory gem trail is India, home of the blue aventurine.

The aventurine gem is a symbol of balance. It’s main feature is iridescent harmony.

This precious stone is particularly important in spiritual circles where it is said to help stimulate the third eye and throat chakras, opening to higher spiritual guidance. It is said to encourage open and honest communication and speaking one’s mind and heart. Blue aventurine is of the quartz family and is characterized by its brilliant Mica inclusions giving it a glistening or glimmering effect.

Bvlgari enlisted the incredible talents of perfumer Alberto Morillas to create a fragrance as beautiful as the gemstone itself.

“I wanted to condense the mystery and strength of this precious stone into the most sophisticated fragrance,” explains Morillas. “I selected natural saffron, the most precious spice in the world and very rarely used in perfumery as an essence. I combined it with the most beautiful quality of jasmine.” He describes the premium fragrance a rich and leathery nocturnal backdrop with floral scintillation.

The sophisticated oriental-spice scent is built around the combination of saffron and jasmine with a hint of honey.

You’ll notice the intricate cap on the flacon was inspired by nomads and roads through the ancient Middle East and Asian gem trail. It conveys a sense of mystery and wonder like the scent itself. 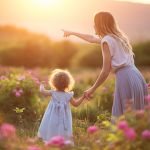 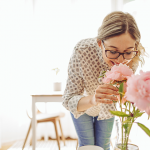 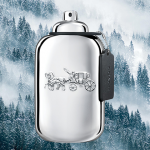