American fashion brand Coach is renowned for its leather bags, fashion collections and premier fragrances. And while the logo and name is a household name, the brand hides some surprising facts. Scent Lodge has unearthed some fascinating facts that will surprise you.

Coach was founded in 1941 by Lillian and Miles Cahn as Manhattan Leather Bags after Miles became so impressed with the design of a baseball glove, he crafted a handbag with similar attributes. He recruited six leather artisans and set out to produce a collection of 12 bags cut from tan, supple, high quality leather. The stitch work and detailing was exceptional. Bonnie Cashin, a talented American sportswear designer was so enamored with the brand she joined the company in 1962 and immediately incorporated industrial hardware, wool, leather and jersey into the products. She is credited with both the brass toggle hardware on Coach Duffels and bags.

Following the heels of Cashin’s success, Lew Frankfort joined Coach in 1979 as CEO and quickly set out to make it a global leader in affordable luxury. Up until this point, women’s bag were either stratospherically-priced designer models or cheap department store copies. Lew offered an affordable alternative with good quality materials and modern design. Reed Krakoff, a sportswear designer who worked at Tommy Hilfiger, signed on as chief designer in 1993 and updated the silhouettes and designs for a new generation adding cell phone cases, wallets, watches and wristlets. Today, Stuart Vevers oversees all creative departments and imagery. He joined the firm in 2014 after working for Louis Vuitton, Bottega Veneta, Givenchy and Loewe. He won the British Fashion Council’s Accessory Designer of the Year Award in 2006.

1. An Englishman in New York

Pop star Sting once sang about an “Englishman in New York” and he could have been singing about Coach Creative Director Stuart Vevers. Coach may be an iconic American fashion brand but it is designed by an British designer. Vevers brings a Hollywood vision to the job having grown up watching iconic films about live in America. His collections celebrate the American culture and stories he saw on the big screen growing up in the U.K.

Did you know that Coach’s Saddle Bag became the official United Airlines bag in 1984 thanks to its compact design and multiple flaps and compartments. Travellers would see the stylish flight staff walking through international airports with the chic fashion accessory draped over their shoulders. Incredibly, it remains a bestseller to this day.

Bonnie Cashin is credited with inventing the original brass turnlock in 1964 which was incorporated in a Coach handbag in 1973. Not only is the turnlock used throughout the bag collections to this day, it is used on Coach fragrances. In order to press the atomizer button on the cap, you need to turn the lock.

The Coach Foundation, established in 2008, supports organizations that ‘empower’ and educate women and children around the world.

If you look carefully at a Coach fashion collection or accessories display, you will likely see the illustration of a charming dinosaur. His name is “Rexy” and he’s the Coach mascot. Stuart likes to add in a dash of humour to his creations so Rexy is a frequent design element. You’ll even see him in Instagram images for some of Coach’s fragrance posts.

Four of the world’s top perfumers: Antoine Maisondieu, Nathalie Gracia-Cetto, Olivier Pescheux and Shyamala Maisondieu set out to create the ultimate ‘road trip” fragrance for her. After blending pear, bitter orange, fruits, gardenia and woods, the group added the finishing touch: cactus flower. The floral-fruity scent was inspired by road trips through the desert with close friends. So the nod to the cactus made total sense. 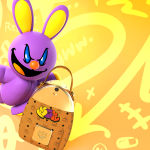 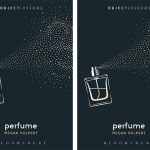 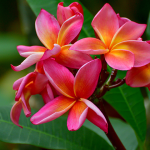