Creed’s Floralie is a grand floral fragrance for her that blends notes of tuberose, lilac, Bulgarian rose, cedar, lily-of-the-valley and amber.

The grandiosely named house of Creed is the outcrop of a London tailoring business established in the 18th century. The brand is rife with paradoxes—the pedestal bottles, for example, are debossed with a trio of ostrich feathers emblem on a coronet, presumably to invoke the heraldic badge of the Prince of Wales and vaguely hint at a royal affiliation. They also whisper, without any historical documentation, of having crafted perfumes for American royalty (the Kennedys is implicit in the wink). Trying to imply discretion and good taste while also shamelessly name-dropping. Then comes Floralie’s particular bottle in its pimped-up mirror-finish livery, redolent of spicy flowers (I thought carnation, but it’s marigold) and lily of the valley. The best thing I can say is that it’s certainly a perfect spritz to wear when you binge The Great on Amazon Prime, the ribald romp about madcap intrigue at the Russian court of young Catherine the Great. As subtle as a footnote written in hot hearts cinnamon candies. 1.5 out of 4

Olivier Creed was described as “the world’s most elegant perfumer” by Britain’s Independent newspaper and for good reason. The sixth generation of Creed family members to lead the luxury fragrance company, he has a remarkably light hand when blending ingredients. It’s not surprising to learn he attended the prestigious École des Beaux-Arts in Paris as he approaches his fragrance compositions as an artist does a canvas. He instinctively knows what flowers and sparkling citrus ingredients together and have them work seamlessly. Some notes, such as jasmine, are notoriously moody and don’t play well with others. Olivier smooths over these challenges effortlessly and creates a cohesive blend. Floralie was originally created for Neiman Marcus but became so popular, the brand has expanded distribution to meet demand. It is a light, airy floral for her with notes of rose, tuberose, lilac, amber, lily-of-the-valley, cedar and musk. It smells expensive. 3.5 out of 4 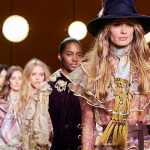 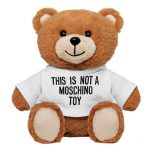 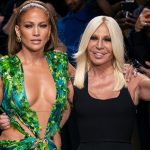