Oscar de la Renta may have been born in the Dominican Republic but he made his mark in America becoming one of the best-loved and respected fashion designers. His legacy continues today under the direction of co-creative directors, Laura Kim and Fernando Garcia who are dressing the likes of Taylor Swift, Laura Dern and Aerin Lauder.

An enthusiastic and talented gardener, perfume was hugely important to him. His signature scent, launched in 1977, remains a bestseller to this day thanks to its grand floral character and chic personality – just like one of his famous ballgowns. Oscar is an amber-floral scent for her that blends notes of gardenia, orange blossom, peach, basil, clove, bergamot, tuberose, ylang-ylang, lavender, iris, jasmine, rosemary, rose, orchid, myrrh, sandalwood, amber, vetiver, musk, patchouli and a hint of coconut. It’s a layered and complex scent composed by perfumer Jean-Louis Sieuzac. It won a FiFi award in 1978, the Academy Awards of the fragrance industry.

Oscar had a deep love of Canada. He did an extensive Canadian tour each year where he hosted elaborate breakfast events for the men and women who sold his fragrances in store. He’d personally thank each one, pose for photos and gift them a bottle. In fact, these events became so important to the designer, he refused to meet with store executives until he had met all the sales teams.

Scent Lodge honours Mr. de la Renta with this exclusive interview in his own words.

I have never worked as hard in my life as I do now, but I am loving every minute of it.  My best times are when I am in my studio designing. I usually arrive at the studio around 9:30 am and work through until 6:30 or 7.  I’m very disciplined when it comes to designing.

When I introduced my first fragrance called OSCAR in 1977, I never for a second imagined it would become so successful.  I thought it might be nice if some customers liked it. But I had no idea that it would be cherished by so many women around the world.

I have a scent garden at the entrance of my home in the Dominican. I have a pair of Night-Blooming Jasmine plants that aren’t pretty. But after dark, they reveal the most beautiful scent.

When I launched my fashion house in 1963, a woman had to ask her husband, “Can I buy this dress?” Today, a woman is in total control of her destiny.  She’s able to use her power of femininity as a tremendous asset in life.  She uses clothes and fragrance to make herself feel great. The 21st century belongs to women.  I truly believe that.

We tend to live life like we will live forever. But when you face an obstacle in life, you learn that every single day is an important one. You must live life to the fullest now.

I don’t believe in a fragrance wardrobe. I want to be able to recognize a woman from her smell.  I think every woman should have a signature fragrance that she loves and makes her feel good.  I think of perfume as an invisible dress.

The best gifts are those that are least-expected and most thoughtful.  I value a gift that someone has put a lot of thought into. Ana Wintour, my close friend, gave me a very special present recently for my birthday.  She spent four months researching every single photo of my clothes that have ever been featured in Vogue. She created a leather-bound book and included letters from my wife, Senator Clinton, Sarah Jessica Parker and Penelope Cruz.  I cried reading the whole thing.  It is one of the best gifts I’ve ever received.

I love to grow peaches in my garden.  But I noticed some animal was eating them all.  So I set up a camera and took pictures at night recently. It turns out five very fat raccoons had been eating all my peaches. 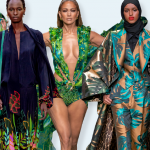 Does Your Fragrance Match Your Fashion Style? 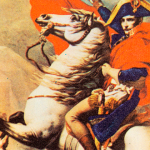 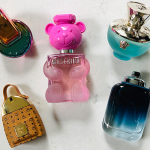