What is the strangest ingredient in perfumery? You might be surprised to learn that it comes from the largest mammal in the world.

Natural ambergris comes from sperm whale vomit. No joke. This rare and valuable raw material has a sweet marine, animal aroma that is used as a fixative to help scents last longer. Understandably, due to cost and accessibility, synthetic chemicals have now replace ambergris almost entirely.

Sperm whales eat large quantities of cephalopods such as squid and cuttlefish. In most cases, the indigestible elements of their prey, such as beaks and pens, are vomited out before digestion. In rare circumstances these parts move into the whale’s intestines and bind together. They slowly become a solid mass of ambergris, growing inside the whale over many years. Scientists believe the whale regurgitates the mass and sailors would find these deposits floating on the ocean or washed up on shorelines. (It’s important to note that no whales are hurt in collecting ambergris.) Once the matter is collected, it is dried out where it develops a musk aroma. Pure white ambergris is the most valuable and expensive type.

It’s interesting to note that ambergris can float in the ocean for as many as 20 to 30 years before washing up on shore. Experts can detect the age by the white coating on the outside which is oxidation from salt water. The more the mass dries and cures, the lighter and more refined it becomes.

Here are two of our favourite fragrances containing ambergris:

This exquisite amber-floral scent for him is a wonderful example of how to best use ambergris in perfumery. Master perfumer Jacques Cavalier mixes the highest quality white ambergris with white musk for a rich, almost musky aroma that blends beautifully with notes of lemongrass, geranium, neroli and ginger. It’s sophisticated with a rich depth and character.

Described as a modern aromatic-aquatic scent for him or her, British niche perfumer Atkinsons offers a modern twist on ambergris. This beautiful fragrance perfectly balances patchouli and ambergris with heady orange blossom, lemon and sea notes. It’s refreshing and elegant. 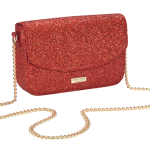 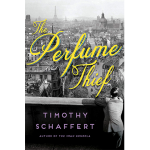