Why Pink Pepper is the hottest ingredient in perfumery

One of the hottest ingredients in perfumery today has a misleading name. Pink pepper, also known as pink peppercorn, Baie rose, pink berry or poivre rosé has little in common with the similarly-named black pepper, a staple in most kitchens. Black pepper is known for its spicy kick while pink pepper boasts a red berry aroma that can have a citrusy-woody-rosy character. It often smells of roses or blackcurrant leaves and adds a beautiful nuance to any fragrance.

If you ask a perfumer to describe pink pepper, he or she would characterize it as a fresh, spicy floral note with an herbal top note & rosy nuance. It can have a sweetness to it as well. You may have seen the ingredient in the grocery aisle as it is frequently used in recipes and food preparation. It isn’t surprising to learn that it is a member of the cashew family.

The aroma of pink peppery is extracted using steam distillation to produce an essential oil from the tiny red berries. The note is commonly found in top notes in a perfume but it can also appear in the heart notes thanks to its rosy aroma. It is a bit of a chameleon.

Pink peppercorn belongs to the Anacardiacee family and is native to Peru and Chile – bright red berries that grow on shrubs and trees. The Pink Peppercorn Tree was considered a sacred tree to the ancient Incas.The Brazilian pepper is said to have been introduced as an ornamental plant to Florida by 1891 where it spread rapidly gaining the nickname “Florida Holly”.

Here are five fragrances that feature pink peppercorn used in quite different ways.

British niche perfumer blends pink peppercorn with brisk bergamot and fresh lemon along with a hint of jasmine in the top notes of California Poppy. The juicy/rosy character of pink pepper creates a fresh and joyful first impression to this scent.

Perfumer Harry Fremont places pink pepper in the top notes of Bella Rosa along with mandarin orange and an unexpected freesia. It is unusual to find floral ingredients in the top notes of an eau de parfum. But this creates a very feminine and romantic first impression. Pink pepper blends well with floral notes so the composition is seamless in its execution.

You’ll notice that pink pepper is used in a very different manner in Van Cleef & Arpels’ Ambre Imperial. The star ingredients in this luxurious scent are amber and vanilla creating a rich and comforting effect.  A hint of bergamot citrus and pink pepper add freshness and lightness perfectly balancing the richer notes.

This honey-themed fragrance is a hidden gem and one of Master Perfumer Alberto Morillas’ greatest creations. It’s built around sweet honey from Provence, France and soothing tea. Precious spices and pink pepper in the perfect proportions make this a layered and sophisticated scent that is subtle and elegant.

If you are exploring new fragrances this season, be sure to look for scents that contain pink peppercorn. It’s juicy/rosy/woody character is subtle and modern. 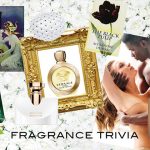 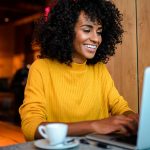 How to buy fragrances online 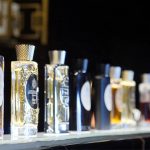